Inês dos Santos Costa was born in Lisbon in 1979.

Between 2002 and 2010, she developed research work at IN + Centre for Studies in Innovation, Technology and Development Policies, especially in the areas of corporate sustainability and industrial ecology. Within these areas, she has worked on environmental policies, waste management, eco parks and industrial symbiosis. She is the author and co-author of scientific articles, books and technical documents in the field of industrial ecology. In 2006, she was a guest researcher at the Center for Industrial Ecology at Yale University in the United States.

Since 2010, she has worked as a senior consultant at 3Drivers – Engenharia, Inovação e Ambiente, Lda., where she has developed sustainable resource management projects in various sectors, namely with managing entities of specific waste streams, energy sector, municipal councils, among others. She was a partner of the company between 2016 and october 2019. 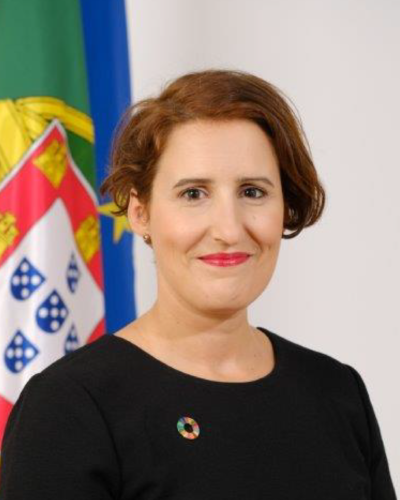 Ministry of Environment and Climate Action