The year 2015 was an extraordinary one for renewable energy, with the largest global capacity additions seen to date, although challenges remain, particularly beyond the power sector. The year saw several developments that all have a bearing on renewable energy, including a dramatic decline in global fossil fuel prices; a series of announcements regarding the lowest-ever prices for renewable power long-term contracts; a significant increase in attention to energy storage; and a historic climate agreement in Paris that brought together the global community.
Renewables are now established around the world as mainstream sources of energy. Rapid growth, particularly in the power sector, is driven by several factors, including the improving cost-competiveness of renewable technologies, dedicated policy initiatives, better access to financing, energy security and environmental concerns, growing demand for energy in developing and emerging economies, and the need for access to modern energy. Consequently, new markets for both centralised and distributed renewable energy are emerging in all regions.
Private investors stepped up their commitments to renewable energy significantly during 2015. The year witnessed both an increase in the number of large banks active in the renewables sector and an increase in loan size, with major new commitments from international investment firms to renewables and energy efficiency. New investment vehicles – including green bonds, crowdfunding and yieldcos – expanded during the year. Mainstream financing and securitisation structures also continued to move into developing country markets as companies (particularly solar PV) and investors sought higher yield, even at the expense of higher risk.
In parallel with growth in markets and investments, 2015 saw continued advances in renewable energy technologies, ongoing energy efficiency improvements, increased use of smart grid technologies and significant progress in hardware and software to support the integration of renewable energy, as well as progress in energy storage development and commercialisation. The year also saw expanded use of heat pumps, which can be an energy-efficient solution for heating and cooling.
Employment in the renewable energy sector (not including large-scale hydropower) increased in 2015 to an estimated 8.1 million jobs (direct and indirect). Solar PV and biofuels provided the largest numbers of renewable energy jobs. Largescale hydropower accounted for an additional 1.3 million direct jobs. Considering all renewable energy technologies, the leading employers in 2015 were China, Brazil, the United States and India. 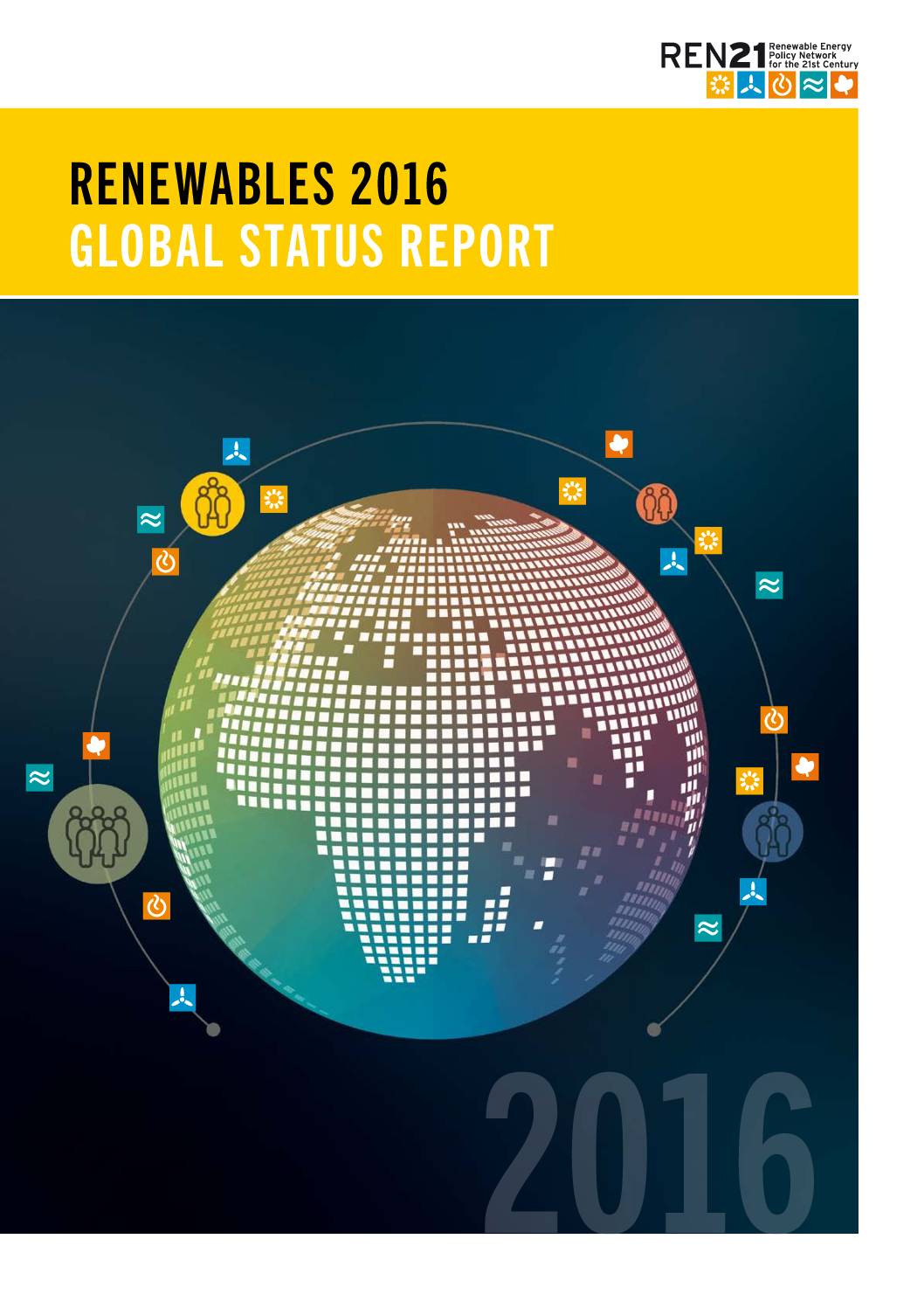