There has been a rising awareness worldwide that renewable energy and energy efficiency are critical not only for addressing climate change, but also for creating new economic opportunities and for providing energy access to the billions of people still living without modern energy services. Over the past decade, and particularly in recent years, advances in renewable energy technologies, global increases in capacity, and rapid cost reductions have been due largely to policy support, which has attracted significant investment and has further driven down costs through economies of scale.

Renewable energy continued to grow in 2014 against the backdrop of increasing global energy consumption and a dramatic decline in oil prices during the second half of the year. In 2014, renewable energy expanded significantly in terms of capacity installed and energy produced, with renewable energy investments in the power sector outpacing net investments in fossil fuel power plants. The most rapid growth and the largest increase in renewable capacity occurred in the power sector and was dominated by three technologies: wind, solar photovoltaic (PV), and hydropower.

Development of renewable heating, cooling, and transport still lags behind that of renewable power. Low fossil fuel prices, ongoing fossil fuel subsidies, and competition with other possible investments, such as energy efficiency improvements and other renewable energy systems, further slowed the potential of the renewable heat sector. Despite multiple potential entry points for renewable energy in the transportation sector, development has been limited, and the primary focus of policies, markets, and industries has been on liquid biofuels.

Policy support for renewables has contributed to a growth in market volume and to strong global competition. Significant cost reductions, especially for solar PV and wind power, have played a part in the increasing electrification of transportation and heating applications, highlighting the potential for further overlap among the sectors in the future. In many countries, renewables are broadly competitive with conventional fuels, particularly in the power sector.

In developing countries, distributed renewable energy systems offer an unprecedented opportunity to accelerate the transition to modern energy services and to increase energy access. Although the falling costs of solar PV have rendered the technology the most economical source of power for off-grid electrification, access to up-front financing or the necessary equipment continued to be major barriers in 2014.

It is clear that renewables have become a mainstream energy resource. The penetration and use of both variable and nonvariable renewables are increasing, thereby contributing to diversification of the energy mix. Many renewable energy technologies have experienced rapid expansion; however, growth in renewables capacity as well as improvements in energy efficiency are below the rates necessary to achieve the Sustainable Energy for All (SE4All) goals of doubling the level of renewable energy, doubling the global rate of improvement in energy efficiency, and providing universal energy access by 2030. 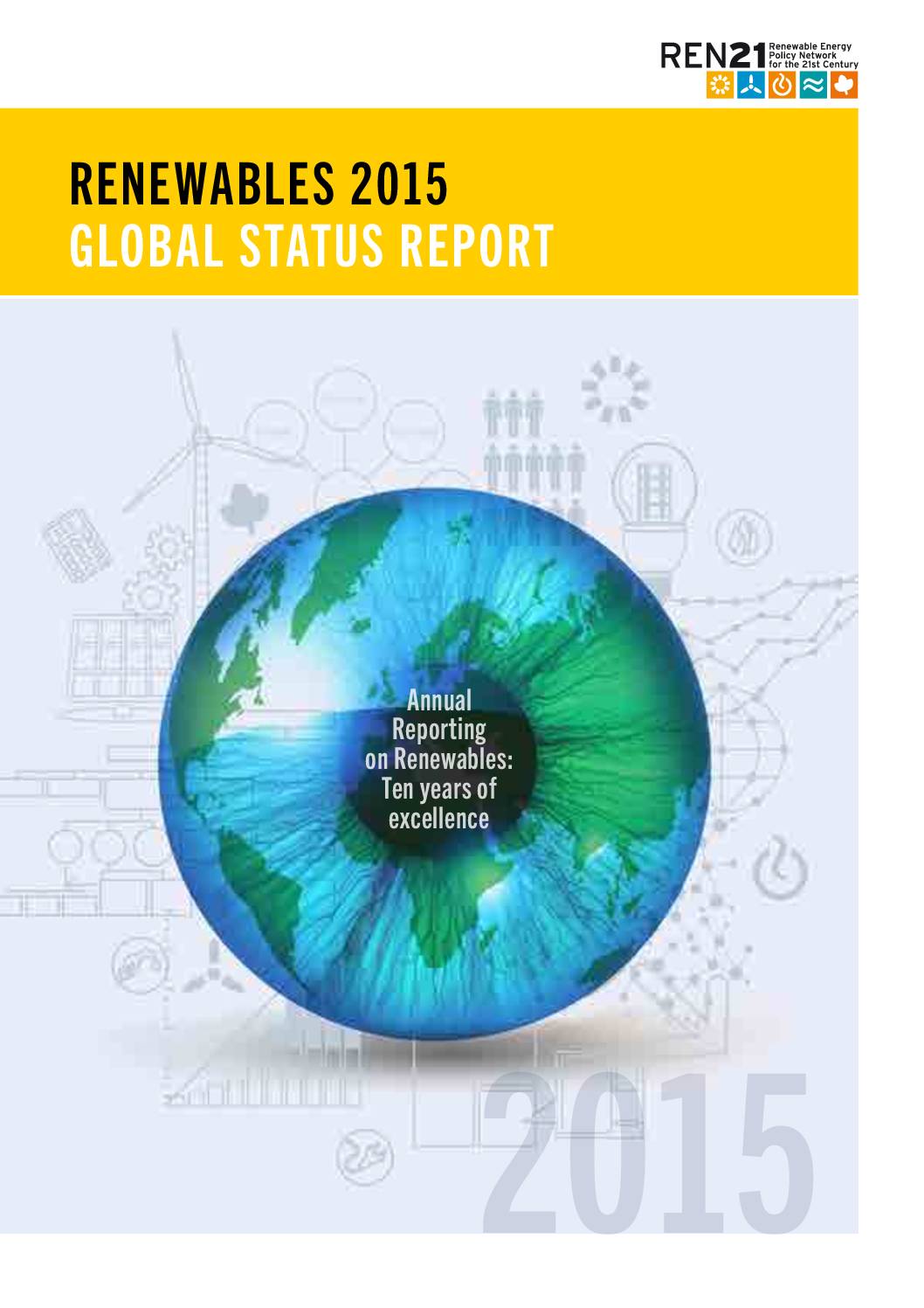