The International Energy Agency (IEA) has published a new report highlighting progress made by energy efficiency policies around the world over the past year, particularly in China and other emerging economies. Energy Efficiency Market Report 2016 shows that energy intensity (the amount of energy used per unit of GDP) improved by 1.8 percent last year, indicating that the global economy needed less energy to grow. This improvement exceeded the 1.5 percent gain of 2014, and was triple the average energy intensity rate seen over the past decade. What’s more, last year’s gains were achieved in spite of lower energy prices, which generally dampen enthusiasm for energy savings.

Energy intensity gains in 2015 were higher in non-OECD countries, a trend that is expected to continue. China, for example, showed significant progress in 2015; the country’s energy intensity improved by 5.6 percent, compared to an annual rate of 3.1 percent over the previous decade. China’s progress in energy efficiency is making its mark on global energy markets. Primary energy demand in China grew by just 0.9 percent in 2015—its lowest rate since 1997—while the economy grew by 6.9 percent.

While much has been accomplished, the report also shows that global progress is still too slow. Global energy intensity improvements need to reach at least 2.6 percent per year in order to put the world on a sustained pathway towards a decarbonised energy system. The report demonstrates the central role of government policy in driving energy efficiency, showing that policies must be strengthened and expanded to boost the potential gains of efficient energy practices. 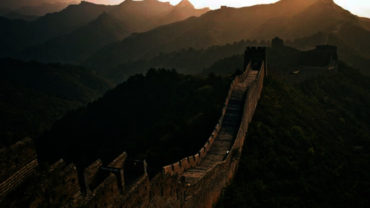