Even if the ambitious goals of the Paris and Kigali agreements are achieved, we will still be far from reaching the 2030 emission levels required to avert disaster, according to the recently released Emissions Gap Report (EGR) for 2016.  The report, which will be presented at COP22 in Marrakesh, estimates the 2030 emissions gap as being 12 to 14 gigatonnes above levels needed to limit global warming to 2oC.  In other words, even if the Paris commitments are fully implemented, the world is on track for a temperature rise of 2.9 to 3.4 degrees.  Substantial additional cuts are urgently needed if we are to have a chance of minimizing the dangerous effects of climate change.

In its assessment of effective reductions that can be rapidly implemented, the report highlighted the potential and positive effects of energy efficiency programmes. A chapter co-authored by UNEP DTU underscores the importance of strengthening local and national energy efficiency policies to deliver deeper emissions reductions, focusing on three key sectors: buildings, industry and transport. The policies examined include building codes and standards, energy-efficient building, energy management and performance monitoring and vehicle fuel economy standards. If scaled-up on a global level, these policies can dramatically reduce energy use and greenhouse gas emissions.

Along with reducing emissions, the chapter illustrates that energy efficiency policies help advance other sustainable development goals, such as good health, sustainable cities and responsible consumption and production. A few examples sited in the report of the multiple benefits of energy efficiency programmes include:

“We are moving in the right direction,” notes Erik Solheim, head of UN Environment. “The Paris Agreement will slow climate change, as will the recent Kigali Amendment to reduce HFCs. They both show strong commitment, but it’s still not good enough if we are to stand a chance of avoiding serious climate change.” 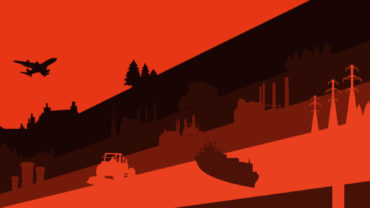